Synopsis One day after school, misanthropic middle schooler Yusuke Yotsuya is suddenly summoned to another world as the third player. Quote – Wikipedia

A rebellion against Naro

.
Based on a manga work serialized in Bessatsu Shonen Magazine.
Directed by Kumiko Habara and produced by MAHO FILM. 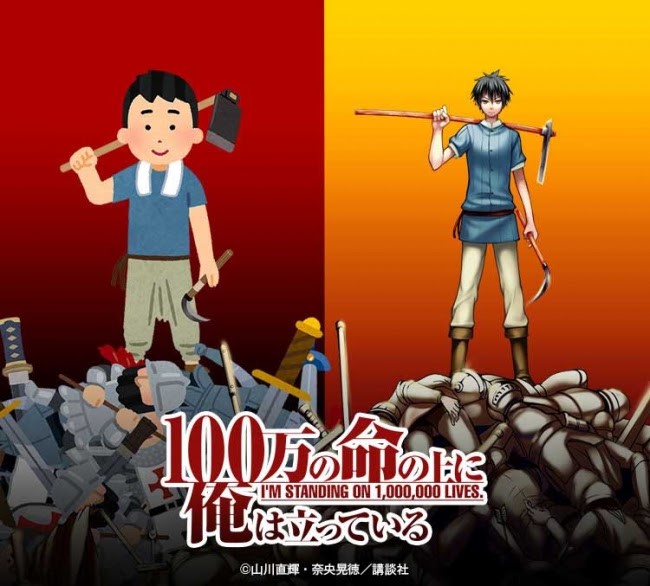 In episode 2, for some reason, they collaborated with “The Cat that Lived a Million Times”.
In episode 2, Toraneko-kun is hiding somewhere in the story.
In episode 3, a professional wrestler named Tenryu appears as a voice actor. 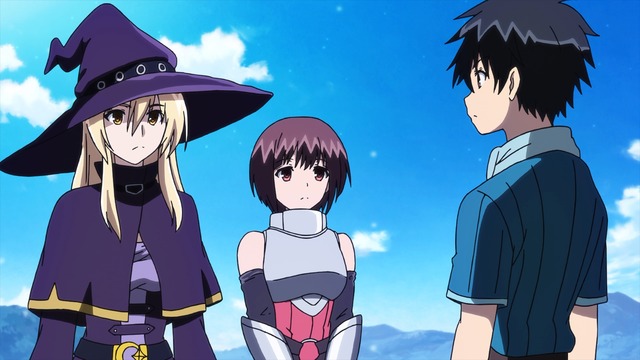 From the beginning of the first episode, the protagonist has been on a rampage.
He smiles wanly as he defeats monsters in a place that seems to be another world.
I like to be alone.” “I hate that town.
I like being alone, I hate that town, and I hate the people who live in that town.

It’s not the kind of description that makes you think the protagonist is cool.
It’s just a self-talk that is difficult to respond to, and even somewhat lame.
The protagonist is a typical geeky otaku.
He’s good at playing online games, but in real life, he doesn’t make use of his abilities.
He hides in the shadows of his class.

From the very first episode, you can feel the old-fashioned direction.
The character design itself is also a bit nostalgic.
The camera moves from the bottom to the top when showing such characters.
Since the number of pictures is limited, the camera is moved to show a single picture.
The main character is suddenly in a different world. 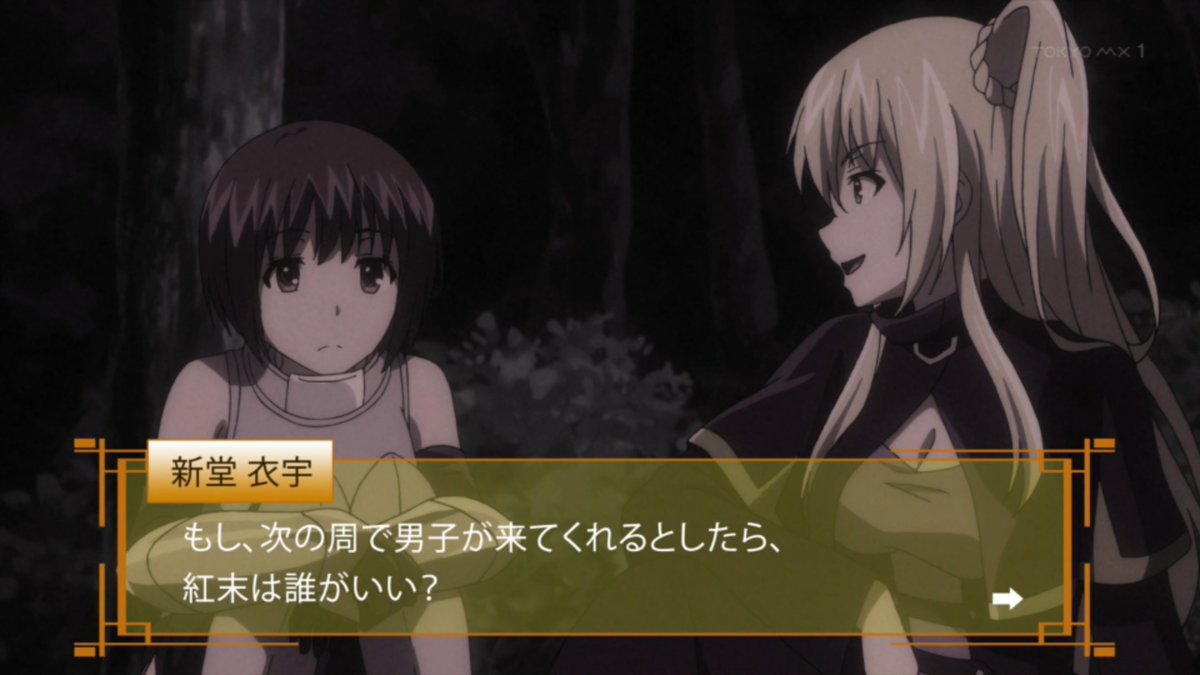 In this kind of work, the atmosphere can only be created with a certain level of quality in the drawings.
However, the drawings in this work are simply awful.
The tempo of each episode is also poor, and because of the poor tempo, the tension is diminished.

This work is not what you would call an “I TUEE” work.
The protagonist is a farmer, and even the goblins are a challenge.
Unlike the “Naro-kei” series, the battle scenes are muddy, but
However, the muddy battle scenes are poorly drawn, which makes them less interesting.

This work does not have a natural way of showing the story. Especially in the second episode.
The protagonist is in a big pinch, and while running away, he raises his rank by defeating small enemies.
Then time suddenly stops, and we find ourselves in a gag space with no sense of tension or shit.
The protagonist is able to change his job to “chef”.
The main character is able to change jobs to become a “chef” and use a knife to get back on his feet.

It’s a mass of opportunism.
The same goes for showing the main character’s past and feelings in the log.
It’s one thing to say that you’ve defeated a bunch of enemies and gained a rank.
But then time stops, and you happen to be a chef who can use a blade.
You can revive your friends and win. 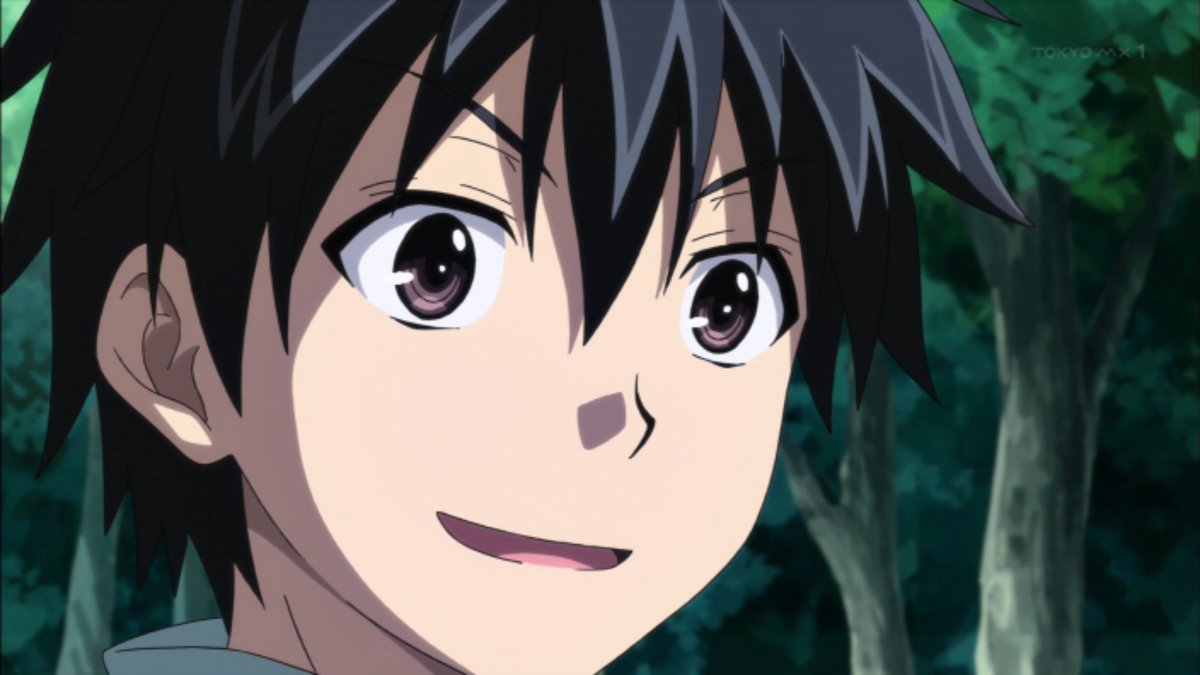 .
The protagonist is set to have a “rational” personality.
Such rationalism shows its face once in a while, and in order to “clear the quest”.
He makes calm and sometimes ruthless choices.
If that were always the case, it would be interesting as his character setting and
But not always.

He suddenly becomes ruthless as if he has changed, and acts without regard for human life.
I know you want him to act and say and do things like a so-called “bum.”
But his rational actions don’t always lead to good results.

For example, in episode 4, one of his friends is captured by bandits.
But instead of going together, the main character goes off on his own.
He chooses to go alone and separate from his friends.
This is because it is more rational to act separately.

However, as a result, the friends who went to help him are also captured.
The protagonist’s party has many weak characters.
When the strongest character is captured, there is no way to win.
The protagonist knows that all the others have been captured, but he doesn’t go to save them.

If the protagonist could make a rational decision, he would have foreseen that the friends he went to save would also be captured.
The main character, who can make rational decisions, can predict that the friends he goes to save will also be captured, but he can’t make such predictions.
I don’t know whether the protagonist is smart or not.
The main character is not that strong.

The reality in the name of another world 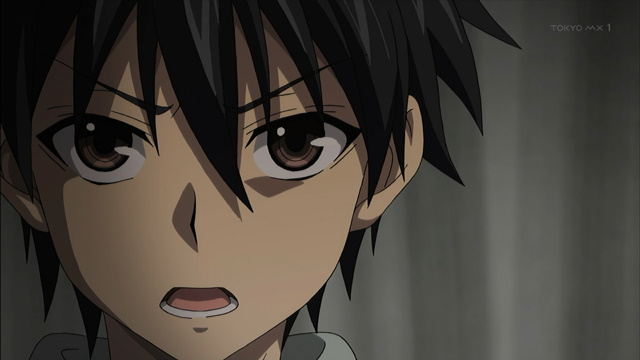 One of the heroines is very emotional towards the hero.
She even hesitates to kill a goblin, a monster from another world.
She is terrified by the realization that she has killed them.
While many of these “Naro’o-kei” stories take killing monsters in other worlds for granted, the heroine’s fear of killing goblins in the other world is not.
She is a valuable presence in this world.

They, including the protagonist, have their own problems in a sense.
How do they grow and change in the life-threatening game in another world?
In the middle of the story, I realized that this is what I wanted to do in this story.
This is what the story is about.

It’s like a rebellious spirit against the “Naro-kei” style of storytelling that tends to neglect this kind of description.
I can feel the rebellious spirit in the entire work.
Each character has his or her own way of getting by.
While depicting this from the beginning to the middle of the story
I’m not sure if it’s progressing or not.
)”]

To progress or not to progress 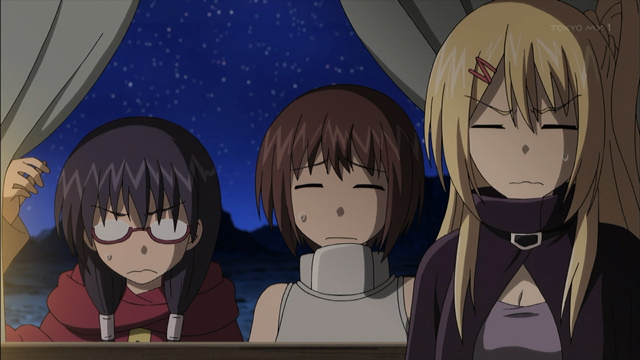 It’s hard to tell if the story is progressing or not even in the middle of the episode.
They are summoned to another world by a future person named Game Master.
They are repeatedly summoned to the other world by a future person named the game master, complete quests, and return to reality.
Although I can see that they are getting stronger little by little.
I don’t know if the basic main story is progressing or not.

The hero and the heroines hear that. When the heroine hears this, she says

“Huh? I don’t know, I feel like I’ve been rejected by someone I didn’t even tell.

I don’t understand. I don’t know what that means.
It’s a very serious scene with a serious mood.
From the flow of the story, it seems that the four of them are not acting together.
I’m sure you can understand that they are going to split up to complete the quest.

Yet, for some reason, they reacted as if they were breaking up.
They are trying to force a “gag” or a “funny point” into the story.
As a result, it destroys the atmosphere of the story and the gag itself is slipping.
There is no sense of balance between gags and seriousness. 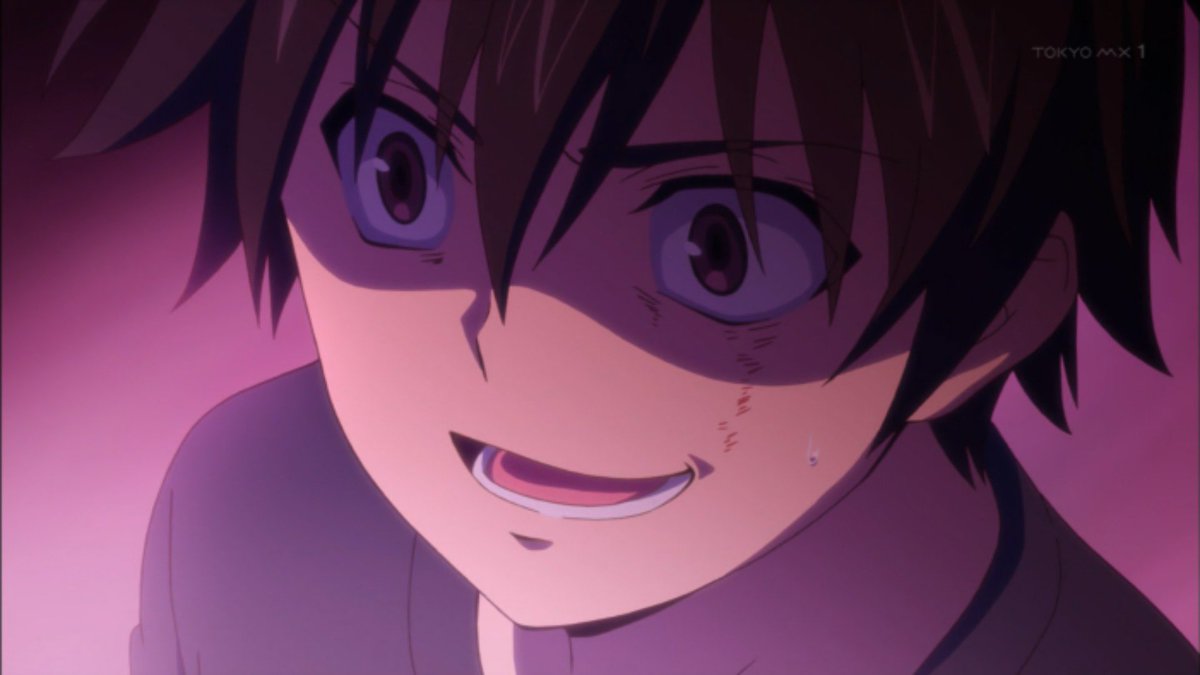 At the end of the episode, the truth about the world they thought was another world, a game, is revealed.
In fact, it’s neither another world nor a game world, but a “parallel world”.
It’s a truth that doesn’t matter to the viewers.

But then he says

“I hope every last one of you idiots dies.
The truth is, people should die in the order of their lowest value.

In the end, our battle is about to begin.

After all, our battle is just beginning.
Even though I was shown the information that the second season had been decided before the first season aired
Even though we were told that a second season was coming, we couldn’t care less about it.

Overall comment: I’m getting off on a million lives 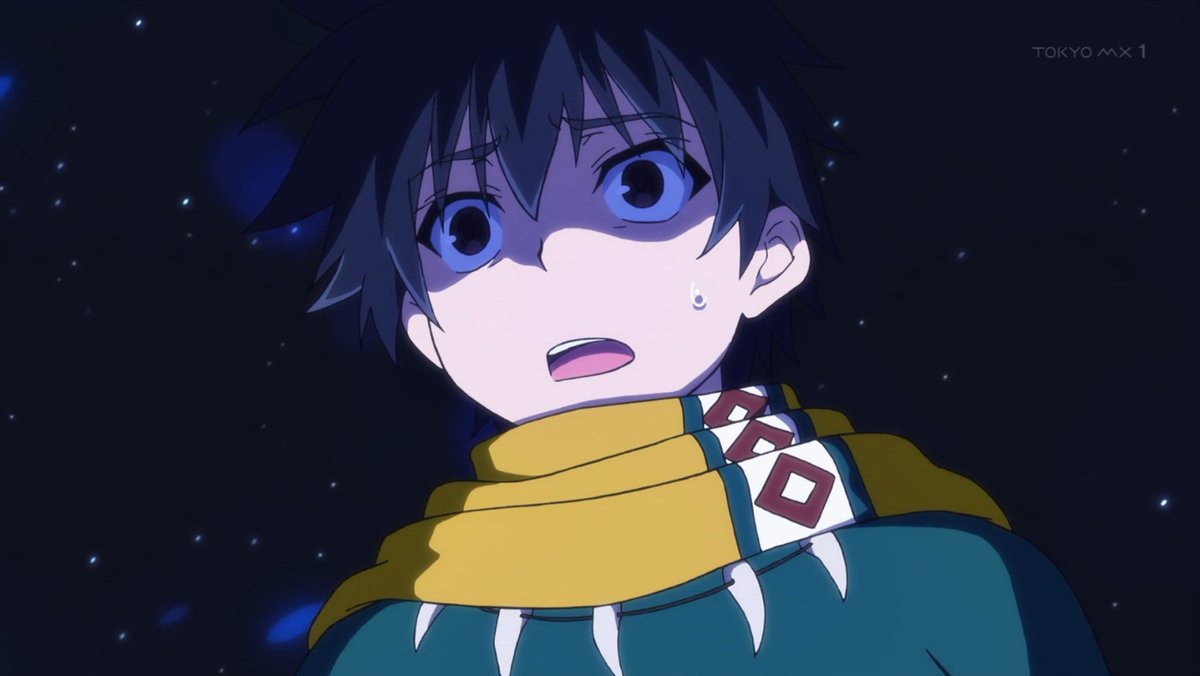 The story is also poorly paced, with episode 10 just going through the snowy mountains.
It may have been because the story was split into two episodes from the beginning and there was plenty of time.
But the story was not very exciting.
However, there was almost no excitement in the story.
It’s just the first season with all the main characters.

The drawing level was low and the direction was poor.
All the tricks that the creators thought would be interesting slipped away.
The long Pretty Cure parody and the live-action ED are just pointless.
Even the parts that should have been drawn more coolly were lame.
The quality of the battle scenes was so low that it was unwatchable. 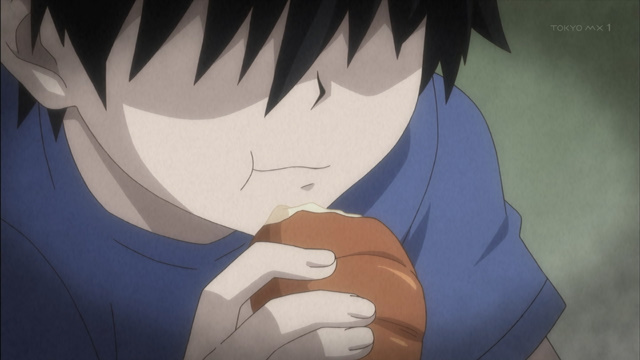 I’m not sure what to make of this, but the whole work seems to have a kind of rebellious spirit against the “Naro-kei” style.
It’s not like Naro, it’s different.

I don’t know what will happen to the second cool of the two-split cool, or even the second season.
I’d like to see a little more quality in the artwork at least.

Rating ★★★★☆(65 points) 82 minutes total Synopsis: Bodge is an impotent prince who has giant parents, but is so small...

「Showtimes for Sing a Bit of Harmony」Anime Review

Rating ★★★★☆(66 points) Total 108 minutes Synopsis: You'll be able to smile at the end. A heartwarming entertainment ...

「Can I Make Your Ears Happy in 180 Seconds?」Japanese Anime Reviws

This article has been translated from Japanese into English by Deepl. Rating 81 points, all 90 minutes Synopsis Is...

Rating 60 points, 91 minutes total Synopsis: Sora, a college student who wants to be a teacher, Mire, a returnee offi...