Synopsis: Sora, a college student who wants to be a teacher, Mire, a returnee office worker, and Reika, a freelancer. They are three people of different ages, different places, and different problems, but through a strange coincidence, they decide to go on a journey together. Quote – Wikipedia

Is there anything I’m forgetting? 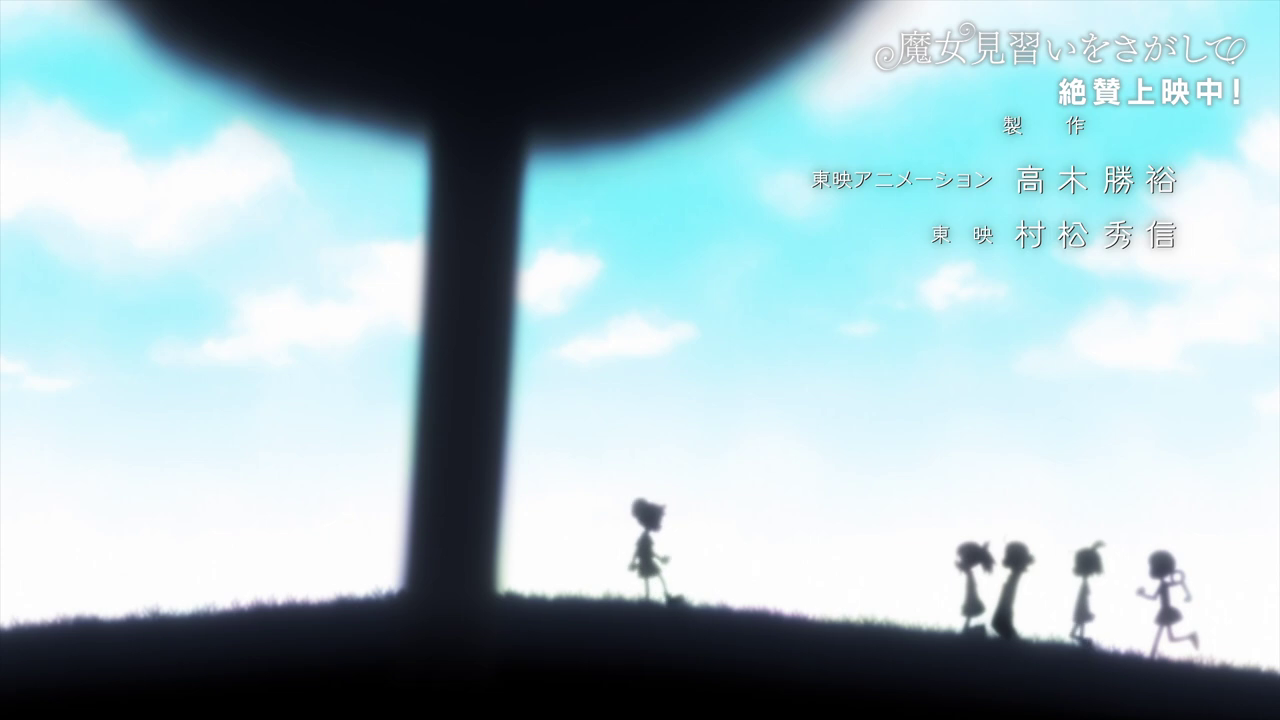 This is why those who were expecting that will be disappointed.
However, although Doremi and her friends are not the main characters in this work, they are in a sense the “me” of that time.
But in a sense, it is a story in which the “me” of those days is the protagonist. 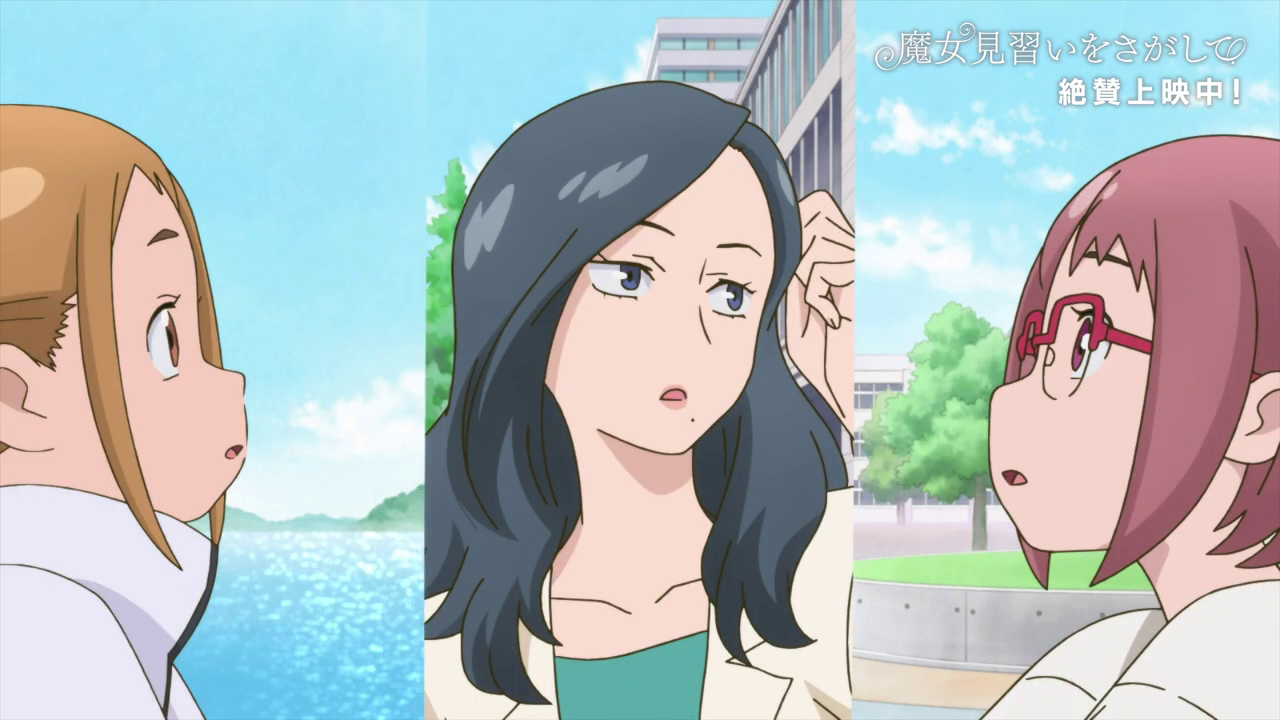 Their worries seem so raw.
I used to watch “Oja Majo Doremi” back in the day, and now as adults, we too have similar problems.
I’m sure we’ve all been troubled by something similar.
The three main characters are portrayed in such a way that you can somewhat identify with them.
It’s a very emotional story.

Magic in the Name of Coincidence 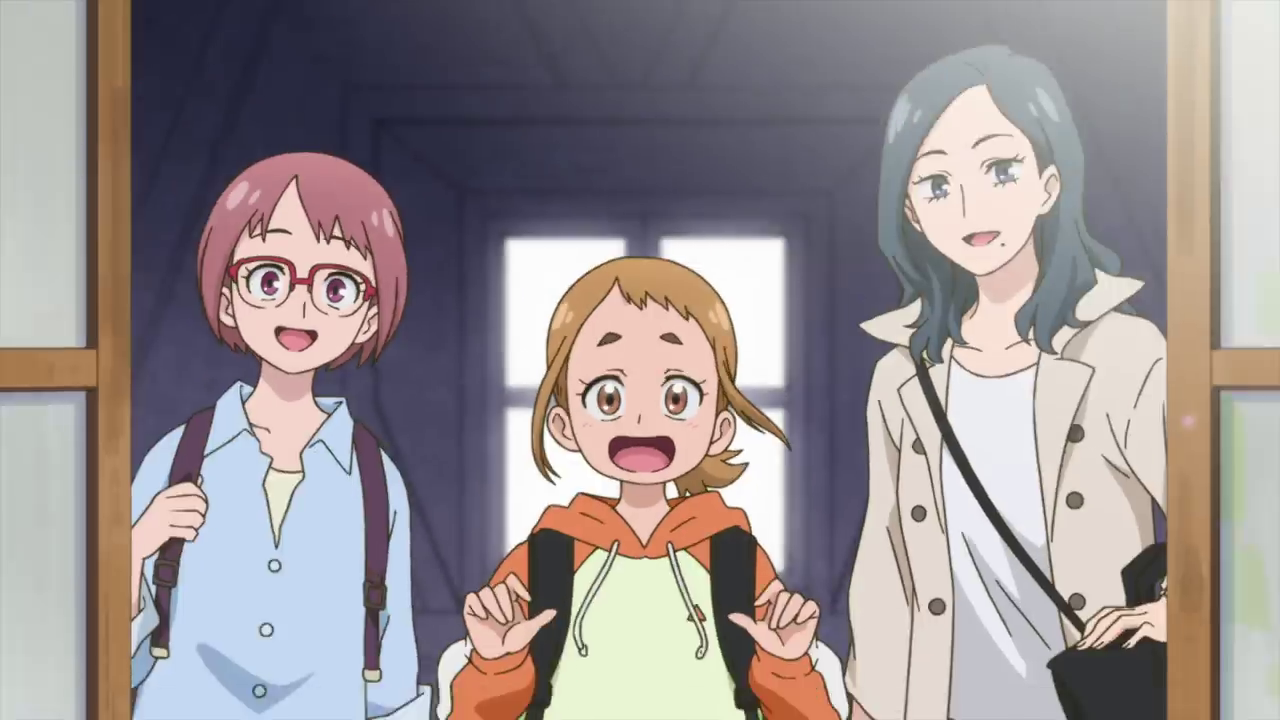 .
The three of them meet because of “Ojamajo Doremi”.
It’s a small chance, really, to visit the western-style building that became the model for “MAHO-DO”.
It’s only because they are fans of the show that they visit it and meet each other by chance.
Tired of their daily lives, they visited the sacred place of their favorite anime.
They were just looking for healing.

The girls go on a “pilgrimage to the holy land” trip. 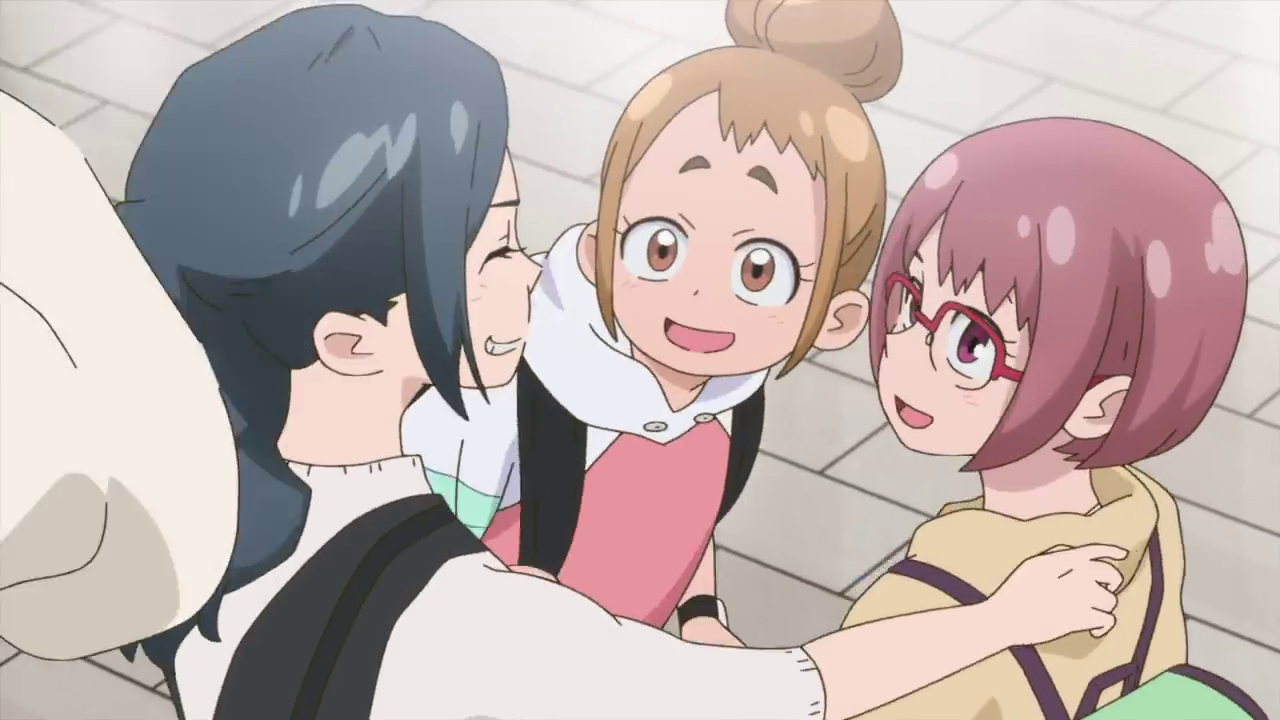 You can travel with the three of them to a stage that appeared in “Ojah Majo Doremi”.
You will naturally feel as if you are traveling with the three of them.
There is a little bit of a digest scene when you go on a pilgrimage to a sacred place, or when you see a landscape or cityscape, or when you travel by train.
But if you are a fan of Oja Witch Doremi
However, if you like Ojamajo Doremi, you’ll feel like you’re on a pilgrimage to the holy places together.

The problems these women are facing are the same as stagnation.
They feel they need to break out of their current situation, but are unable to do so.
When I was a child, I had more freedom.
I would have believed that I could use magic and even fly.
But as an adult, I can’t do that.

In the midst of all this, I say to myself, let’s give magic a try and believe in it for once.
Because I’m stagnant, because I can’t help myself.
I know there is no magic, but I need to rely on something.
I can’t take a step forward from this situation. Clutching the fake magic ball.
The girl who loved Ai-chan casts a spell in the hope of seeing her father.

It’s not that magic really happens.
However, it leads to a magic called coincidence.

Bumping into each other 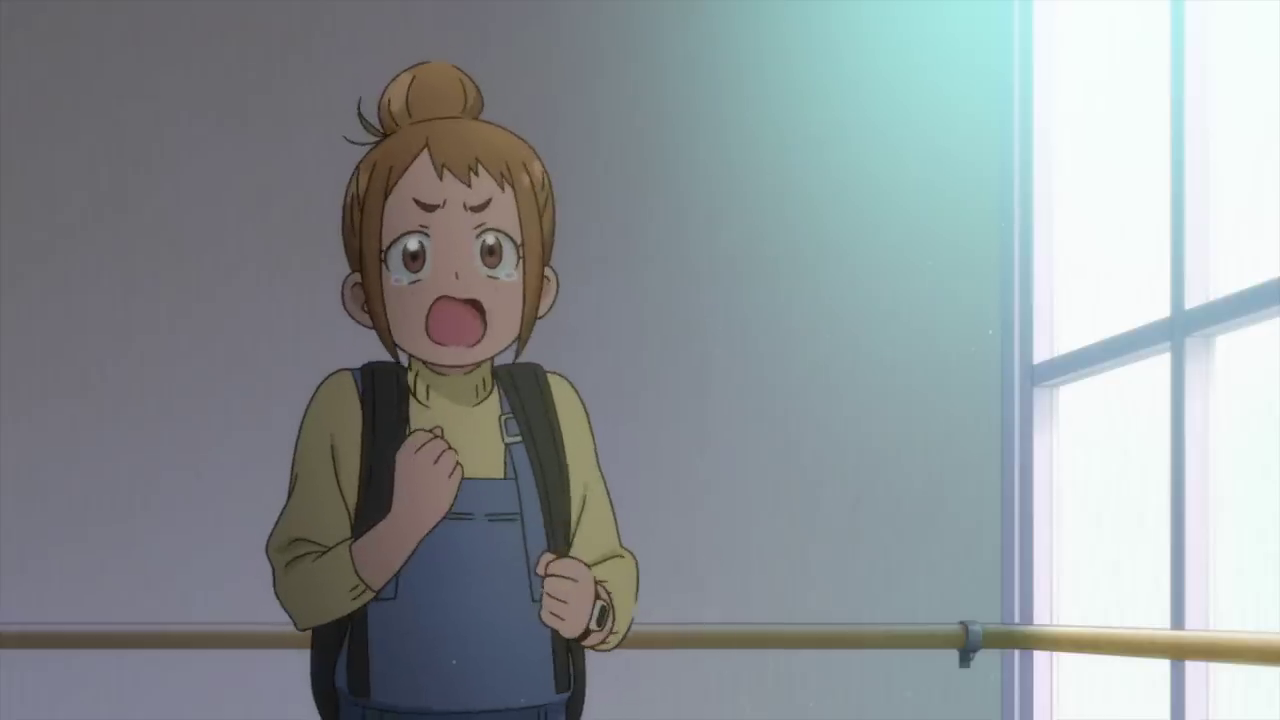 .
Reuniting with my father by chance doesn’t always lead to a good outcome.
After divorcing her mother, her father has a new family, and she is rejected.
She is confused by the rejection and takes it out on the two people she was supposed to be close to.
She is the best of the three.

She is the youngest of the three. She’s the youngest of the three, and is begged for money by her no-good boyfriend.
She is spoiled by her boyfriend and can’t leave him even though she knows she should. She is young in thinking.
That’s why she takes it out on him.
However, the development of the story and the description of the relationship between the three is a bit outlandish.
It can’t be denied that it’s a “development for the sake of development.

However, the development leading to the reconciliation is typical of this work.
What are friends who have quarreled with each other supposed to do in such a situation?
I wondered what Doremi-chan would have done in such a situation.

She rewatched “Ojakamajo Doremi” on BD and found out that Doremi-chan had a fight with Hazuki.
When she saw the episode where Doremi-chan had a fight with Hazuki, she had an idea.
The best way to solve the problem is to meet her and apologize honestly.
It’s hard to do that when you’re an adult, but by looking back at “Oja Witch Doremi
This is something that is difficult to do when you grow up. 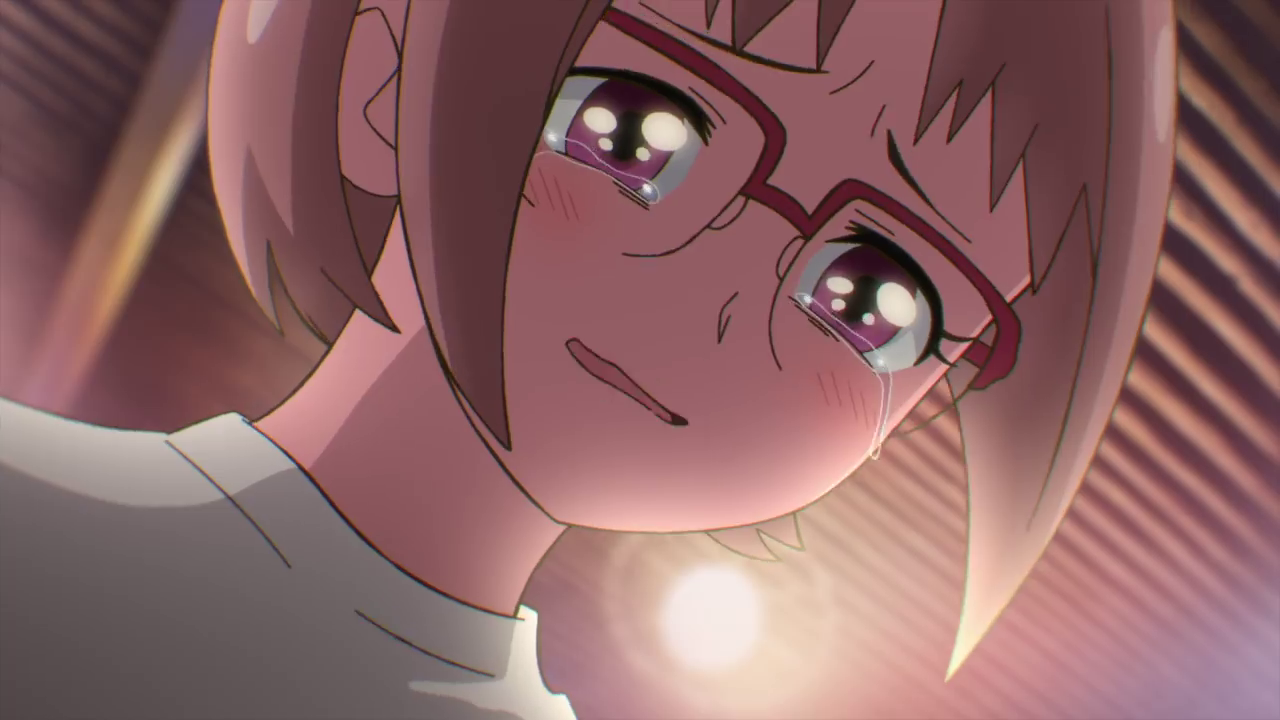 I confess my feelings to him. She confesses her feelings to him, and with her magic words, he takes the first step forward.
It’s a development that is also depicted in the middle of the story, and I can understand if it comes true, but
But he refuses her for the reasons mentioned above. She refuses because she is a person who hurts others. 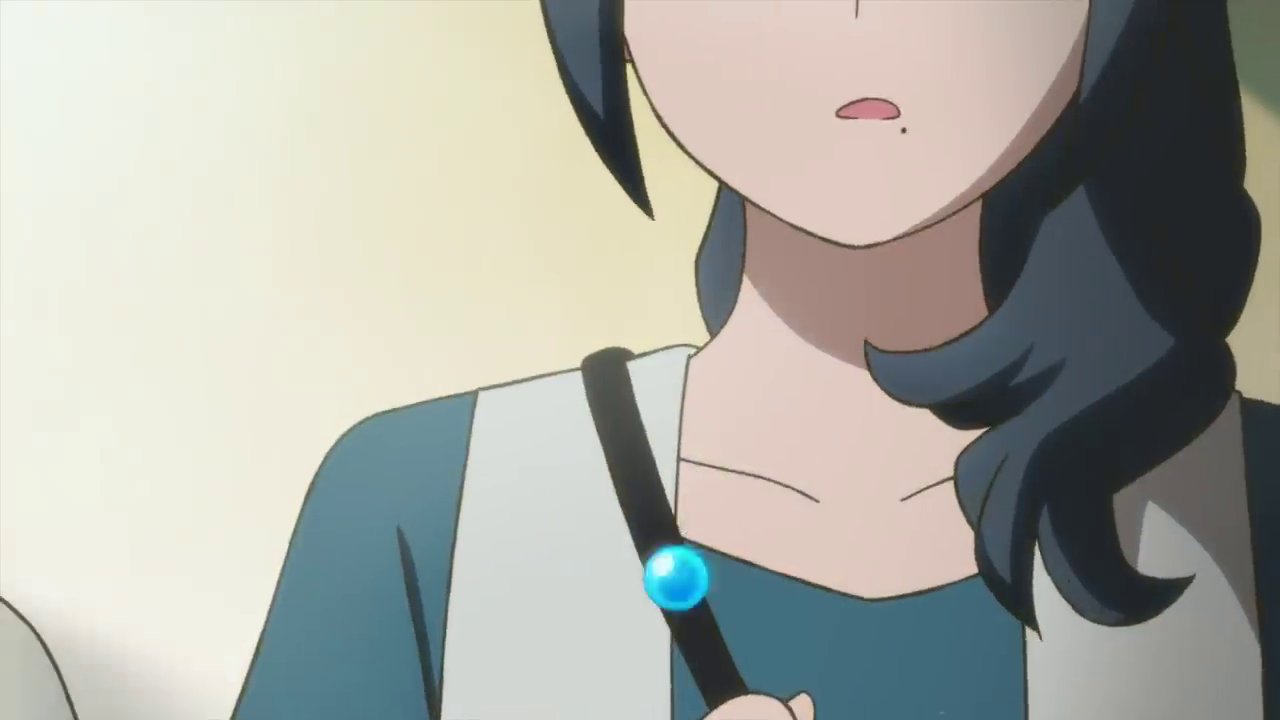 .
However, the last part is a refreshing development.
The girls come to an answer about “magic” in their own way.
Even if they can’t fly, they each have their own magic.
What they couldn’t do on their own, they were able to do because the three of them met and became friends.
They were able to change and move forward.

Until then, only “shadows” were depicted, but we could hear “voices” somewhere.
But now they remember how free they felt when they were children.
They appear in front of the girls.

Review: Happy Luck to All 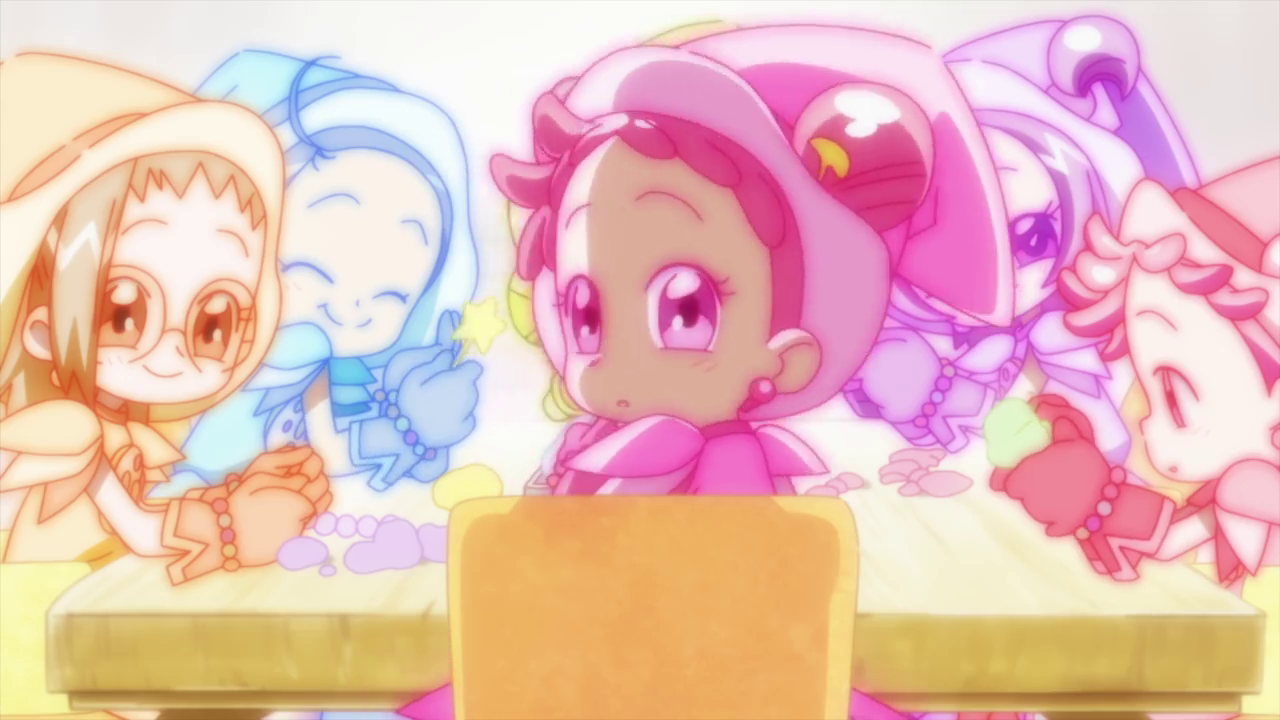 It’s a simple story, but
The story is simple, but by adding elements typical of “Ojamajo Doremi” and comical direction
The story unfolds without becoming too heavy.
It is a work that invites the sympathy of the generation that has watched the morning anime of those days. 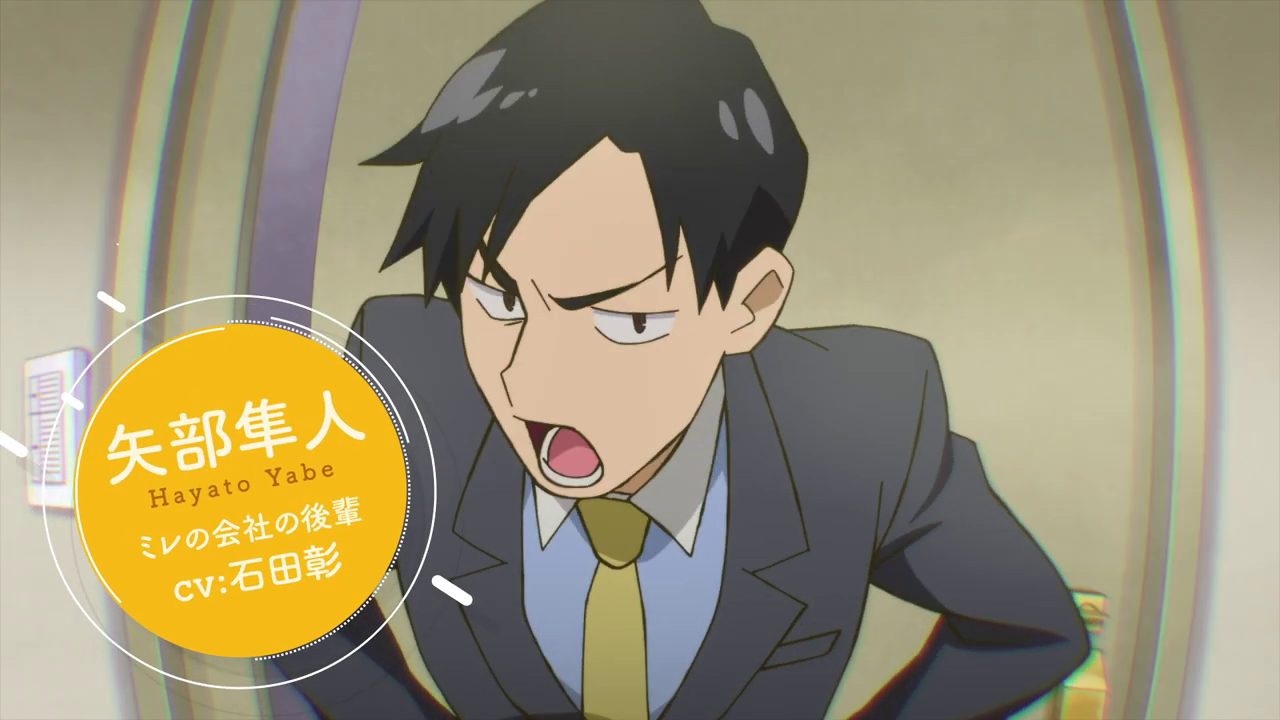 .
Personally, I laughed at Akira Ishida’s performance of a certain character.
He played a very different character in “Onimei no Blade” as well as “Looking for the Witch Apprentice”.
I don’t know why I was laughing at him playing a completely different character.
By the way, don’t worry, he doesn’t use destructive killing in this work.

I’d be lying if I said there wasn’t something that bothered me, but
It was a work that conveyed the nostalgia and the message that the producers wanted to convey.

「Showtimes for Sing a Bit of Harmony」Anime Review

Rating ★★★★☆(66 points) Total 108 minutes Synopsis: You'll be able to smile at the end. A heartwarming entertainment ...

「Can I Make Your Ears Happy in 180 Seconds?」Japanese Anime Reviws

Rating ★★★★☆(65 points) 82 minutes total Synopsis: Bodge is an impotent prince who has giant parents, but is so small...

This article has been translated from Japanese into English by Deepl. Rating 81 points, all 90 minutes Synopsis Is...
スポンサーリンク